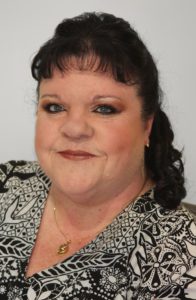 Born in 1960, Rosie’s impairment is four-limbed Phocomelia caused by the drug Thalidomide.

After graduating with a BSc., (Hons) Degree in Psychology through Cardiff University in 1985, Rosie joined the Civil Service and remained with the Department of Trade and Industry at Companies House Cardiff until 1993 at Executive Officer level.

Married, with one son, Rosie has a particular interest in radio, television and the arts.  Rosie has been the subject of several documentaries. She has worked with the BBC, Sky and ITV, and can be heard regularly on BBC Radio Wales.  She is a freelance TV and Radio Presenter.

In June 2007, Rosie completed her autobiography entitled “Four Fingers and Thirteen Toes”.  A searingly honest account of life as a disabled person, the story was updated in 2009 with a quite remarkable tale of how, as a result of an interview on BBC Radio 4’s Women’s Hour, she was re-united with the Doctor who attended her birth.

Over recent years Rosie has diversified into acting.  An association with Disability Arts Cymru has seen her working under the direction of Kaite O’Reilly on the “D” Monologues, and with the Unusual Stage School on their 2012 production of Aristophanes’ Greek comedy ‘The Birds’. Then in September 2019,  Rosie performed with the Everyman Theatre at Chapter Arts Centre, in ‘The Cardiff Tapes’ alongside non-disabled actors.

In 2011, Rosie was the first of only two recipients of the ‘Owain Glyndwr Seren Award’  from Cardiff Council. The citation says, “This Seren Award is presented as recognition from Cardiff Council for being an exemplary role model and inspirational woman who has dedicated her life to voluntary work with disabled and disadvantaged people. A true ambassador for Cardiff.”

In 2013, Rosie re-ignited her passion for painting, having been accepted as a student member of the world-renowned Mouth and Foot Painting Artists. She has since had seven images of her paintings reproduced into cards and wrapping paper in fourteen countries around the world.

Rosie is a prolific charitable and voluntary worker who has been involved in many disability-related organisations. For 15 years she was a Governor at Ty Gwyn School. She was also a Trustee board member of the National Theatre Wales.  Currently, she is a Patron of Flamingo Chicks, an all-inclusive dance school, and a Patron of flat spaces, providing fully accessible holiday bungalows for disabled people.

Rosie received an OBE in the Queen’s New Years Honours List in 2015, “For Services to the Equality and Rights of Disabled People.”

Rosie was awarded an Honorary Fellowship from Cardiff University in 2017, for “Her Outstanding Work and contribution to the Equality and Rights of Disabled People”.

In 2018, Rosie was invited to join The Western Learning Campus Federation, as a Governor – with specific responsibility for Equality. She was also invited in the same year to Chair the Equality, Diversity and Inclusion Advisory Board, for Cardiff University.

In December 2018, Rosie received an Honorary Doctorate and Honorary Fellowship from Swansea University, again for her equality work.

Above all, Rosie has an insatiable passion for empowering disabled people.  Working with local, regional, national and international educational, public, private, charity and community groups she has promoted equality and diversity through her charity work, as a school governor, disability equality trainer, motivational speaker, mentor and stakeholder. 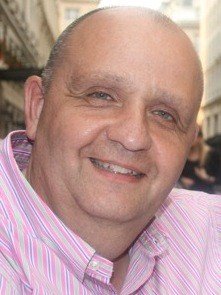 A graduate from the University of Glamorgan (formerly the Polytechnic of Wales) with a BA (Hons) degree in law, Stephen has practiced as a Solicitor throughout the South Wales coastal belt from Newport to Porthcawl.

With an eye for attention to detail, Stephen has responsibility for all corporate and managerial work.

In addition to supporting Rosie’s equality and diversity work, Stephen has been associated with the British Thalidomide Society (as former Chair and member of its Management team) and with the UK Thalidomide Trust National Advisory Council.

Stephen is a long-standing member of the Porthcawl Lions Club, last year having been awarded his 35 years Chevron for exemplary and long-lasting service.

Similarly empowered to promote equality and diversity, Stephen firmly believes that being a disabled person should be no barrier to full participation in all aspects of life.