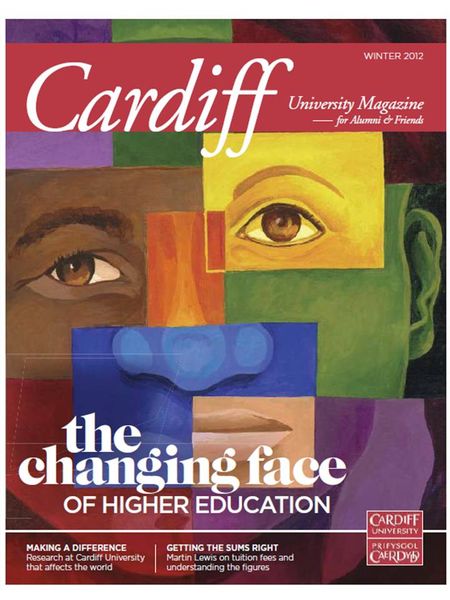 Rosie was born with severe disabilities and has fought for her rights, and those of other disabled people, ever since with unceasing humour and tenacity. After battling for the right to mainstream education in the 1970s, she won a place at Cardiff University to read Psychology in the early 1980s.

“I think it was among the best three years of my life. Originally I approached the then University of Wales, thinking that I was going along to discuss my academic prowess. But I met one lecturer who told me everything was on a split level, so there wasn’t any point in me bothering – a bit of a downer!” remembers Rosie. “I then had to hedge all my bets on Cardiff University, which fortunately had a totally different attitude. I met six people, which was a bit daunting, but they interviewed me while trying to work out a way to enable me to get there.”

GROUNDBREAKING
Rosie’s enrolment was a turning point for disabled people’s rights.
“I was the first person to be accepted as a disabled person who started, finished and got a degree,” she says. “It was groundbreaking really. All the lecturers and department heads were very encouraging and when I graduated I felt a genuine warmth from everyone.”

Rosie has gone on to establish herself as a businesswoman with her own disability issues consultancy (www.rms-consultancy.co.uk) and last September won the Owen Glydwr Seren Award for people who make a real difference in the community.
“It was a great surprise to be nominated and a huge honour. It was a bit like being at the Oscars with all the ceremony, and the gold envelope! I’ve enjoyed being invited by the Mayor to take part in a number of civic duties too,” says Rosie.

The tireless campaigner is involved in a long list of projects.
“We’re trying to get a memorial plaque erected in London. We keep on coming up against brick walls but we’re determined to get it even if it takes another 50 years. It’s in recognition of our parents and those that didn’t survive and those of us who have survived, so that future generations don’t make the same mistake,” explains Rosie.

A STAR IN THE MAKING
“I’m also involved in making a four programmes for BBC Radio Wales called Rosie’s World this summer, where I interview people about disability issues, everything from childbirth to politics and from education to relationships. Then I shall be performing in a play at the Sherman Theatre in Cardiff, will be hopefully speaking at the Cowbridge Book Festival in May, and I’m also compiling an oral history of Thalidomide, funded by the Welcome Trust. It’s important that the experiences of the remaining parents and survivors will be on record.”

Rosie’s whirlwind of activities also include an important Thalidomide conference in London this May, with people attending from all over the world, as well as numerous other broadcasting and community project commitments. How would she advise a young disabled undergraduate to have the same energy and enthusiasm as herself, and the courage to aim for the sky?
“Don’t take ‘No’ for an answer, and strike ‘can’t’ from your vocabulary,” she laughs. “And work at least three times harder than your fellow students.”

What does the future hold for the disabled rights champion?
“In Rosie’s ideal world, I would love to have my own TV programme. That would be beyond my wildest dreams.”

But Rosie’s dreams seem to have a habit of coming true, so keep an eye on the tv schedules: Rosie’s Way could be crashing onto a tv screen near you any time soon.

To read Rosie’s blog go to www.fourfingersandthirteentoes.wordpress.com, or buy her inspiring book Four Fingers and Four Toes, from https://www.rms-consultancy.co.uk/Four-Fingers-and-Thirteen-Toes